There is not a modern plow in the islands or a threshing machine. All attempts to introduce them have failed. The good Catholic Portuguese crossed himself and prayed God to shield him from all blasphemous desire to know more than his father did before him. The climate is mild; they never have snow or ice, and I saw no chimneys in the town. The donkeys and the men, women, and children of a family all eat and sleep in the same room, and are unclean, are ravaged by vermin, and are truly happy.

The people lie, and cheat the stranger, and are desperately ignorant, and have hardly any reverence for their dead. The latter trait shows how little better they are than the donkeys they eat and sleep with. The only well-dressed Portuguese in the camp are the half a dozen well-to-do families, the Jesuit priests, and the soldiers of the little garrison. The wages of a laborer are twenty to twenty-four cents a day, and those of a good mechanic about twice as much.

They count it in reis at a thousand to the dollar, and this makes them rich and contented. Fine grapes used to grow in the islands, and an excellent wine was made and exported. But a disease killed all the vines fifteen years ago, and since that time no wine has been made.

The islands being wholly of volcanic origin, the soil is necessarily very rich. Nearly every foot of ground is under cultivation, and two or three crops a year of each article are produced, but nothing is exported save a few oranges—chiefly to England. Nobody comes here, and nobody goes away. News is a thing unknown in Fayal. A thirst for it is a passion equally unknown.

A Portuguese of average intelligence inquired if our civil war was over. Because, he said, somebody had told him it was—or at least it ran in his mind that somebody had told him something like that! And when a passenger gave an officer of the garrison copies of the Tribune, the Herald, and Times, he was surprised to find later news in them from Lisbon than he had just received by the little monthly steamer.

He was told that it came by cable. It is in communities like this that Jesuit humbuggery flourishes. We visited a Jesuit cathedral nearly two hundred years old and found in it a piece of the veritable cross upon which our Saviour was crucified. It was polished and hard, and in as excellent a state of preservation as if the dread tragedy on Calvary had occurred yesterday instead of eighteen centuries ago.

But these confiding people believe in that piece of wood unhesitatingly. In a chapel of the cathedral is an altar with facings of solid silver—at least they call it so, and I think myself it would go a couple of hundred to the ton to speak after the fashion of the silver miners —and before it is kept forever burning a small lamp. A devout lady who died, left money and contracted for unlimited masses for the repose of her soul, and also stipulated that this lamp should be kept lighted always, day and night. She did all this before she died, you understand.

It is a very small lamp and a very dim one, and it could not work her much damage, I think, if it went out altogether. The great altar of the cathedral and also three or four minor ones are a perfect mass of gilt gimcracks and gingerbread. And they have a swarm of rusty, dusty, battered apostles standing around the filagree work, some on one leg and some with one eye out but a gamey look in the other, and some with two or three fingers gone, and some with not enough nose left to blow—all of them crippled and discouraged, and fitter subjects for the hospital than the cathedral.

The walls of the chancel are of porcelain, all pictured over with figures of almost life size, very elegantly wrought and dressed in the fanciful costumes of two centuries ago. The design was a history of something or somebody, but none of us were learned enough to read the story. The old father, reposing under a stone close by, dated , might have told us if he could have risen.

As we came down through the town we encountered a squad of little donkeys ready saddled for use. The saddles were peculiar, to say the least. They consisted of a sort of saw-buck with a small mattress on it, and this furniture covered about half the donkey. A pack of ragged Portuguese muleteers crowded around us, offering their beasts at half a dollar an hour—more rascality to the stranger, for the market price is sixteen cents.

Half a dozen of us mounted the ungainly affairs and submitted to the indignity of making a ridiculous spectacle of ourselves through the principal streets of a town of 10, inhabitants. We started. 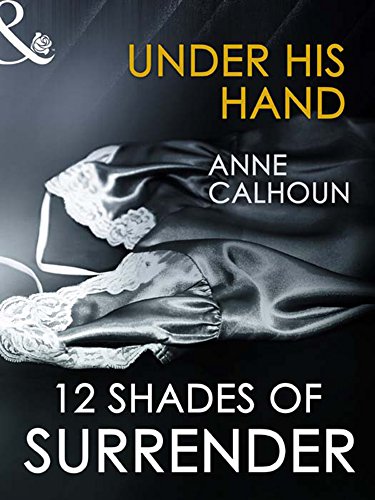 It was not a trot, a gallop, or a canter, but a stampede, and made up of all possible or conceivable gaits. No spurs were necessary. These rascals were all on foot, but no matter, they were always up to time—they can outrun and outlast a donkey.

Preface to the English-Language Edition

Altogether, ours was a lively and a picturesque procession, and drew crowded audiences to the balconies wherever we went. Blucher could do nothing at all with his donkey. The beast scampered zigzag across the road and the others ran into him; he scraped Blucher against carts and the corners of houses; the road was fenced in with high stone walls, and the donkey gave him a polishing first on one side and then on the other, but never once took the middle; he finally came to the house he was born in and darted into the parlor, scraping Blucher off at the doorway.

He turned a corner suddenly, and Blucher went over his head. And, to speak truly, every mule stumbled over the two, and the whole cavalcade was piled up in a heap. No harm done. A fall from one of those donkeys is of little more consequence than rolling off a sofa. The donkeys all stood still after the catastrophe and waited for their dismembered saddles to be patched up and put on by the noisy muleteers.

Blucher was pretty angry and wanted to swear, but every time he opened his mouth his animal did so also and let off a series of brays that drowned all other sounds. It was fun, scurrying around the breezy hills and through the beautiful canyons. There was that rare thing, novelty, about it; it was a fresh, new, exhilarating sensation, this donkey riding, and worth a hundred worn and threadbare home pleasures. The roads were a wonder, and well they might be.

Here was an island with only a handful of people in it—25,—and yet such fine roads do not exist in the United States outside of Central Park. Everywhere you go, in any direction, you find either a hard, smooth, level thoroughfare, just sprinkled with black lava sand, and bordered with little gutters neatly paved with small smooth pebbles, or compactly paved ones like Broadway.

They talk much of the Russ pavement in New York, and call it a new invention—yet here they have been using it in this remote little isle of the sea for two hundred years!


Every street in Horta is handsomely paved with the heavy Russ blocks, and the surface is neat and true as a floor—not marred by holes like Broadway. And every road is fenced in by tall, solid lava walls, which will last a thousand years in this land where frost is unknown. They are very thick, and are often plastered and whitewashed and capped with projecting slabs of cut stone.

Trees from gardens above hang their swaying tendrils down, and contrast their bright green with the whitewash or the black lava of the walls and make them beautiful. The trees and vines stretch across these narrow roadways sometimes and so shut out the sun that you seem to be riding through a tunnel.

The pavements, the roads, and the bridges are all government work. The bridges are of a single span—a single arch—of cut stone, without a support, and paved on top with flags of lava and ornamental pebblework. Everywhere are walls, walls, walls, and all of them tasteful and handsome—and eternally substantial; and everywhere are those marvelous pavements, so neat, so smooth, and so indestructible. And if ever roads and streets and the outsides of houses were perfectly free from any sign or semblance of dirt, or dust, or mud, or uncleanliness of any kind, it is Horta, it is Fayal.

The lower classes of the people, in their persons and their domiciles, are not clean—but there it stops—the town and the island are miracles of cleanliness. When we were dismounted and it came to settling, the shouting and jawing and swearing and quarreling among the muleteers and with us was nearly deafening.

One fellow would demand a dollar an hour for the use of his donkey; another claimed half a dollar for pricking him up, another a quarter for helping in that service, and about fourteen guides presented bills for showing us the way through the town and its environs; and every vagrant of them was more vociferous, and more vehement and more frantic in gesture than his neighbor. We paid one guide and paid for one muleteer to each donkey. The mountains on some of the islands are very high.

We sailed along the shore of the island of Pico, under a stately green pyramid that rose up with one unbroken sweep from our very feet to an altitude of 7, feet, and thrust its summit above the white clouds like an island adrift in a fog! We got plenty of fresh oranges, lemons, figs, apricots, etc. But I will desist. I am not here to write Patent Office reports.

We are on our way to Gibraltar, and shall reach there five or six days out from the Azores.

And the last night of the seven was the stormiest of all. There was no thunder, no noise but the pounding bows of the ship, the keen whistling of the gale through the cordage, and the rush of the seething waters.

But the vessel climbed aloft as if she would climb to heaven—then paused an instant that seemed a century and plunged headlong down again, as from a precipice. The sheeted sprays drenched the decks like rain. The blackness of darkness was everywhere. At long intervals a flash of lightning clove it with a quivering line of fire that revealed a heaving world of water where was nothing before, kindled the dusky cordage to glittering silver, and lit up the faces of the men with a ghastly luster! Fear drove many on deck that were used to avoiding the night winds and the spray. 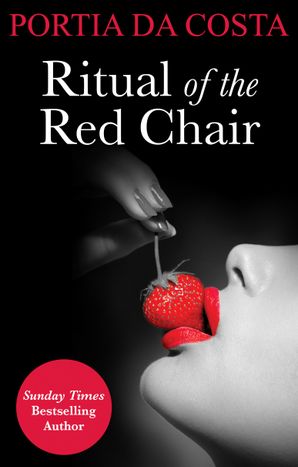 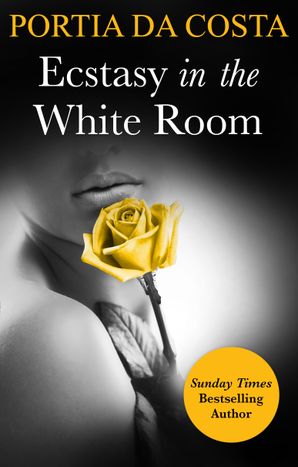 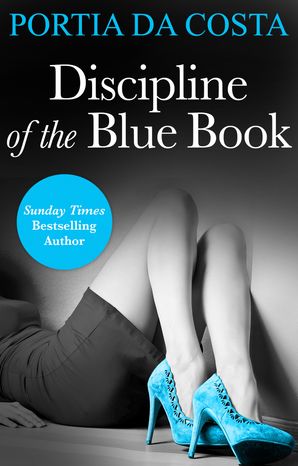